You are reading a post from a four-part tutorial series

Yes, all good things do come to an end. It gets even better when the ending is good. Steel Rumors was a project to help Django beginners progress to the next level from basic tutorials. It had elements which would be useful for most practical sites like user registrations and making CRUD views.

Honestly, I don’t like most video tutorials myself as they need a considerable amount of time to watch. However, if they come with a full transcript then I can skim through the text and decide if it contains tips which are worth watching on video. Sometimes, the additional commentary explaining the context is well worth the watch.

So, I set out to create Steel Rumors as something that everyone including me would enjoy watching. But it turns out creating the transcript is much harder than recording a quick video. In fact, it gets monotonous at times (I really sympathise those who work in Medical Transcription!).

The videos also get difficult to record in a longer, complex project such as this. I don’t edit out any mistakes or typos I make, since debugging those presents a valuable learning opportunity for beginners. But bringing all the details together while maintaining the continuity can get incredibly demanding.

Also most tutorials would try to show you how to use the most popular package or the easiest way to implement a feature. I deliberately avoided that, perhaps inspired by Learn Python the Hard Way. It might be okay to reinvent the wheel the first time because it will help you understand how wheels work for a lifetime. So, despite many comments telling me that it is easier to use X than Y, I stuck to the alternative which helps you learn the most.

In this tutorial, we would cover some interesting areas like how you can make Django forms work with AJAX and how a simple ranking algorithm works. As always you can choose to watch the video or read the step by step description below or follow both.

I would recommend watching all the previous parts before watching this video. 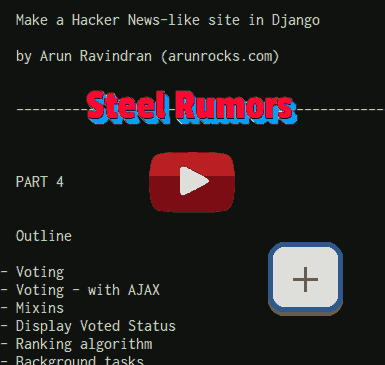 Did you learn quite a bit from this video series? Then you should sign up for my upcoming book “Building a Social News Site in Django”. It explains in a learn-from-a-friend style how websites are built and gradually tackles advanced topics like testing, security, database migrations and debugging.

This is the transcript of the video. In part 3, we created a social news site where users can post and comment about rumours of “Man of Steel” but cannot vote.

The outline of Part 4 of the screencast is:

It is fun to watch the rank scores rise and fall for links. It is almost as fun as watching an aquarium except with numbers. But the ranking function set_rank in models.py has the resolution of an hour. This makes it quite boring. 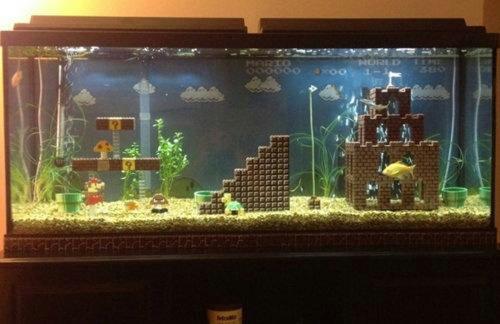 To see a more dramatic change in rank scores change the SECS_IN_HOUR constant to small value like 5.0. Now submit a new link and watch the scores drop like a stone!

Steel Rumors is far from being a complete Hacker News clone. But it supports voting, submission of links and user registrations. In fact, it is quite useable at this point.

Check out a demo of Steel Rumors yourself.

Hope you enjoyed this tutorial series as much as I did while making them. If you get stuck anywhere make sure you check the github source first for reference. Keep your comments flowing!

Next: ▶   Real-time Applications and will Django adapt to it?