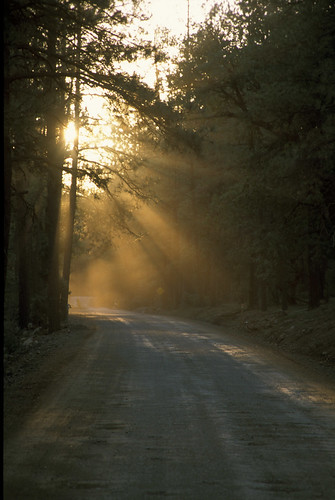 Many, many moons ago, I used to frequent a long dusty and weed-ridden road with the dreams of a pompous education. While the path opened many doors, the dream still remained a mere mirage. The chasm between IT ‘Real World’ and my Engineering classes was shockingly wide, deep and treacherous. My Govt. Engineering College is still an asylum for Dreamers. Their eyes are still full of dreams and heads full of unfinished ideas.

But after those 4 years, I am not disillusioned. Actually, far from it, I have the fondest memories of trying (perhaps in vain) to try and make a difference, to an educational system gathering dust. ‘Softcorner’ was one such attempt that I had spearheaded. Apart from coining a punningly clever name for a software exhibition. I tried to make the demo’ed software as approachable to the ‘Average Joe’ as possible (You might wonder how many Average Joe’s one would find in an Engg college. Trust me, plenty!!). We designed a mascot character who would explain different technical concepts in a simple language through posters. I had to think how to visualize concepts like Huffman encoding and Data Structures in the language of comics. In fact, some of my friends didn’t know I could draw until that day ! ;)

Of course, a software exhibition would be incomplete without cool software. We had some bright fellows who were developing pretty interesting software thanks to Pramod Sir, who gave us lots of guidance. But we needed many more projects to make it truly a moderate sized exhibition. I, for one, felt a lot more responsible and wanted to develop 3 or 4 projects in this short time span. Being a little egoistical, I wanted them to be decent crowd pullers as well. In hindsight, a major handicap was that there was no Internet connection, so ‘online applications’ were out-of-question. So in circa 2001, this zeroed down to practically using Visual Basic 6.0.

I had 3 project ideas at that time:

My timeline was one week. Please note that I had to manage the logistics of preparing for Softcorner in parallel (I am not going to add ‘meanwhile complete my assignments’, because it wasn’t much of a workload then). All these applications had to look attractive and should be running full screen. 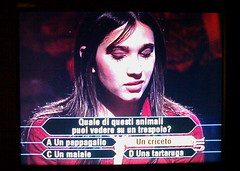 As it turns out, the first project was easiest to code. KBC is basically the Indian clone of the gameshow based on ‘Who Wants to Be a Millionaire?’ All the game requires is a way of picking random questions and allowing the player to pick among four alternatives. Regular viewers of the show are quite familiar with the hexagonal interface and gimmicky confirmatory questions by the host like ‘Lock Kiya Jaaye’ or ‘Confident?’. Armed with Photoshop and a GK book, all this went into the design of the game. The whole affair didn’t take that long and within one night, I had the EXE ready (What a productive one night stand !;) !) 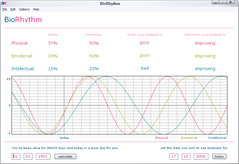 But the second project turned out to be the hardest to make, despite being the second time I was developing a Biorhythm application. The date functions and the math never seemed to find a middle ground. I also didn’t have a working Biorhythm calculator to confirm. So in terms of testing, this baby was a nightmare. But I must admit that with its cool sinusoidal graphs and calendar buttons, I was extremely proud of it when it was finished.

The game was pretty much DOS based and used Allegro for graphics. It was a variant of “Bouncing Babies” except with Chimps. It had pretty much all the usual features of a DOS game like High scores list, Help screens and various difficulty levels. It was fun designing the physics for this game(isn’t it always so !;) ?), but certainly not eye candy for the masses. Again, adding all the features, took quite a bit of coding in C++.

The D-day finally came and we were all tensed. We tried to market as best as we could. If we pulled-in only the “geek crowd” and some senior lecturers, then it would turn out to be a flop show. So, we tried the simplest trick in the book, attract more girls! It was simpler than we thought, we started distributing some handouts to the ‘target population’ (an MBA term I later picked up) and also some extensive word-of-mouth publicity. The crowds slowly trickled in and soon a bunch of wide-eyed girls are listening intently to a demonstration of ‘Huffman’s Compression Algorithm’.

Being egoistical, as mentioned earlier, I always kept an eye on my 3 projects and the results still astound me. The first project was without exaggeration the star of the show. Many wanted copies of the simulator and wanted to know how it worked(!) They kept pondering over questions like - ‘Why does it repeat some questions?’ (it had some 30 odd questions in its database), ‘How does it make such smart comments?’ (random no: generator) etc. If you have ever seen the original game show, the main selling point is the tension built just before the participant answers the question. The viewers hang at the edge of their seats wondering if the words coming out the person on the hot seat will take him/her to the next higher rung or seal his/her fate forever. Many felt that my simulator could recreate a bit of that drama successfully.

It was an important lesson at that point. Basically, Do your research well before you start coding. Spending Herculean effort on any venture will make you biased on judging the success of the project. But often, simple but effective ideas ‘click’. Probably, I should say one of the best lessons I learnt from GEC.

PS: All images are copyrighted by their respective owners. They are not screen shots of the software mentioned in the article

Next: ▶   Work Faster in Windows With Launchy and a few Python Scripts

Prev: ◀   Our Outdoor Shoot is Released!