The first New Year after marriage is always special. It will be a lot quieter (and sober?) than one’s earlier outings. In Mangalore, most of the discs were either overcrowded (Zero Degrees?) or charging like hell (GoldFinch?). So we decided to go to Palki and have a nice buffet at the rooftop. What we didn’t know was that it offered an amazingly close view of the fireworks in the surrounding area. It was a great way to start the new year. 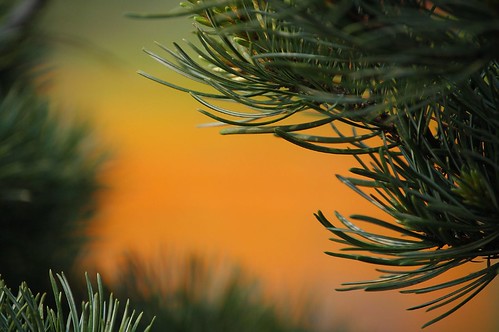 Speaking of starts, for most of us January 1st is like a reset button. Or at least we wish it is. Here comes an opportunity to cut down on that chocolate addition or make a habit of paying bills on time. They go by the ominous term ‘Resolutions’. For me, a self described procrastinator, I had to bring to speed my time planning tools to the brand new 2008. In case you are wondering, they are:

I printed out my Pocketmod from the website directly. I was using version 2 for the first time and loved the idea of being able to customize the front page with my details. You can have print your name and address printed rather than typing it each time.

I’ve been reconverted to emacs from Notepad++, after seeing the very useful Org mode. Once again I have spent many, many hours cutomising the my .emacs file. When it comes to emacs the word customising is really misleading, it should be actually called reprogramming ;) 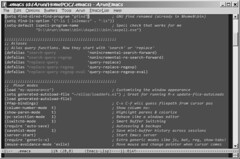 Actually, this time I have added some very neat features like TextMate-like snippet expansion upon pressing TAB, personal menu, windows Postscript printer support (Emacs prepares gorgeous printouts of code). They are very useful and I hope I will be able to blog about them soon. In fact, this post was written in Emacs using a markdown mode

So for all my readers out there here is wishing you and happy, prosperous and well-planned New Year!

Prev: ◀   Work Faster in Windows With Launchy and a few Python Scripts